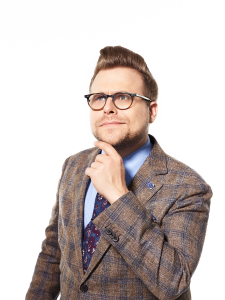 Adam Conover is the creator and host of Adam Ruins Everything, an informational comedy show that debunks common misconceptions and encourages critical thinking. The New York Times calls it “one of history’s most entertaining shows dedicated to the art of debunking” and refers to Adam as a “genial provocateur”.

He is a founding member of the sketch group Olde English, who performed at HBO’s Comedy Fest in Aspen and was named “Best Sketch Group on the Web” by Cracked.com. As a standup comedian, he performs at colleges and theaters across the country. 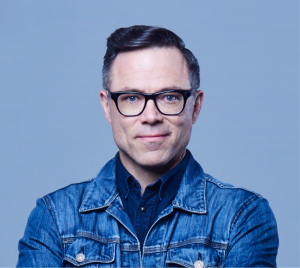 Timothy Caulfield is a Canada Research Chair in Health Law and Policy, a Professor in the Faculty of Law and the School of Public Health, and Research Director of the Health Law Institute at the University of Alberta. His interdisciplinary research on topics like stem cells, genetics, research ethics, the public representations of science and health policy issues has allowed him to publish over 350 academic articles.

He has won numerous academic and writing awards and is a Fellow of the Royal Society of Canada, the Trudeau Foundation and the Canadian Academy of Health Sciences. 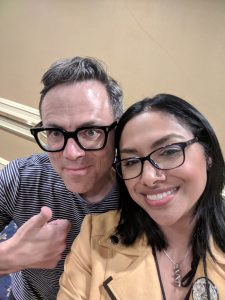 On this episode of Point of Inquiry, Kavin speaks to Adam and Tim about their CSICon talks, Tim’s new Netflix show A User’s Guide to Cheating Death, and Adam’s TruTV show Adam Ruins Everything and his interest in Gameboys.